TEST AND TRACE SYSTEM MUST BE FIT FOR PURPOSE, GOVERNMENT WARNED 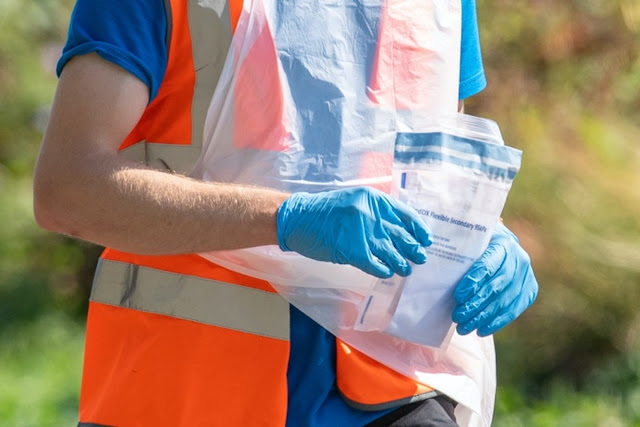 Health leaders have urged the Government to be more “honest” over problems with coronavirus testing as a senior doctor said a “fit for purpose” system is needed now.

It comes amid signs of strain on testing capabilities causing large queues, people reporting they have been unable to get tests and others being offered tests hundreds of miles from their homes.

The problems are also contributing to staff absences with some health workers having to self-isolate because they or members of their household are unable to get tests, an organisation representing trust leaders said.

NHS Providers added that trusts are “working in the dark” because they are not being told why the shortages are occurring or how long they are likely to last.

Chief executive Chris Hopson urged the Government “to be honest and open” about what was going on.

He said there has often been a reliance on a “random, impressive sounding, overall statistic”, giving the examples of a “world class test and trace service by June, or a moonshot testing regime at some point next year”.

But he said those approaches “ignore the operational problem at hand”.

Deputy chief executive Saffron Cordery told the BBC a lack of testing was affecting services across the UK.

She said: “It means that trusts up and down the country are unable to start the restoration of services that we so desperately need to see after Covid.

“And also, critically, they are now preparing for winter and if they have staff unable to come and work on the front line because they haven’t had tests that’s going to make it incredibly difficult for them.”

The British Medical Association’s council chairman said that despite the Government’s ambitious Operation Moonshot plan for millions of UK tests to be carried out daily, the focus must be on the testing system currently in place.

In a speech to the doctors’ union’s annual meeting on Tuesday, Dr Chaand Nagpaul is expected to say: “The Government is now shooting for the moon promising to deliver mass continuous testing with a test that doesn’t yet exist at a cost nearly as much as the total NHS budget.

“Down here on Planet Earth, we need a fit for purpose test and trace system in the here and now with capacity, agility and accessibility that doesn’t require 100-mile journeys that disadvantage some of the most vulnerable.”

Health Secretary Matt Hancock admitted last week that there had been “challenges in access to tests” but insisted that “the vast majority of people get their tests rapidly and close to home”.

Residents in Bolton, where the infection rate is the highest in England, have complained of long delays in trying to book a test and in some cases being offered appointments in other areas of the UK.

Council chiefs have urged the Government to treat “major flaws” with the online booking system for tests as “a matter of the utmost priority”.

Council leaders in Sefton, Merseyside, and Bury, Greater Manchester, urged people to only apply for a test if they had symptoms or had been asked to do so, amid reports of a rise in requests from those without symptoms.

An NHS spokeswoman said hospital labs have been asked to “further expand their successful, fast-turnaround and highly accurate testing capacity” to support the test and trace programme.

Meanwhile Labour has called on the Government to set out a “clear winter plan” to protect care homes amid signs they are experiencing a new rise in Covid-19 cases.

In a letter to Mr Hancock, shadow minister for social care Liz Kendall said there must be action in five areas – one being the weekly, rapid testing of care staff across all settings – to ensure past “mistakes” are not repeated.

The World Health Organisation’s director-general Tedros Adhanom Ghebreyesus said on Monday that testing was one of the “public health basics” countries need to do well to be able to “reopen their societies, economies and borders safely”.

Elsewhere, the first night of the Government’s new “rule of six” legislation did not seem to have deterred crowds from restaurants and bars in central London, although groups appeared to be sticking to the six-person limit. 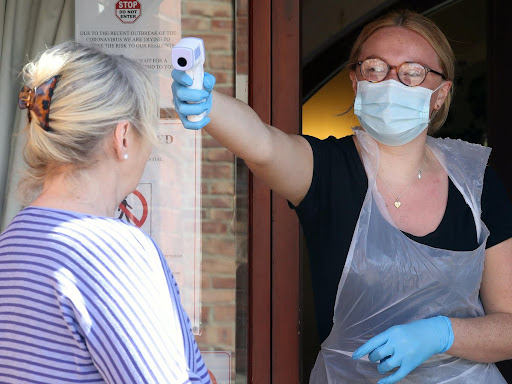 Rare to see political parties united like they are over virus

It is a rare occasion when politicians of all stripes come together in unanimity. But on the subject of the Government’s planned new lockdown restrictions, regional leaders across the Black Country and Staffordshire all appear to be singing from the same hymn sheet. Ministers are expected to announce the introduction of a three-tier system for local lockdowns on Monday, with the West Midlands set to be placed on the second level.This means, among other things, a ban on households mixing in indoor settings – including pubs and restaurants – and in private homes or gardens, while people will be advised not to use public transport.Westminster has been placed under increasing pressure to act after Scotland announced fresh restrictions on the hospitality sector and cases surged across parts of northern England.But around the West Midlands a clear message has been sent to Government: leave us alone. The figures tell their own story. In Wolverhampton, where a ban on households mixing in homes …